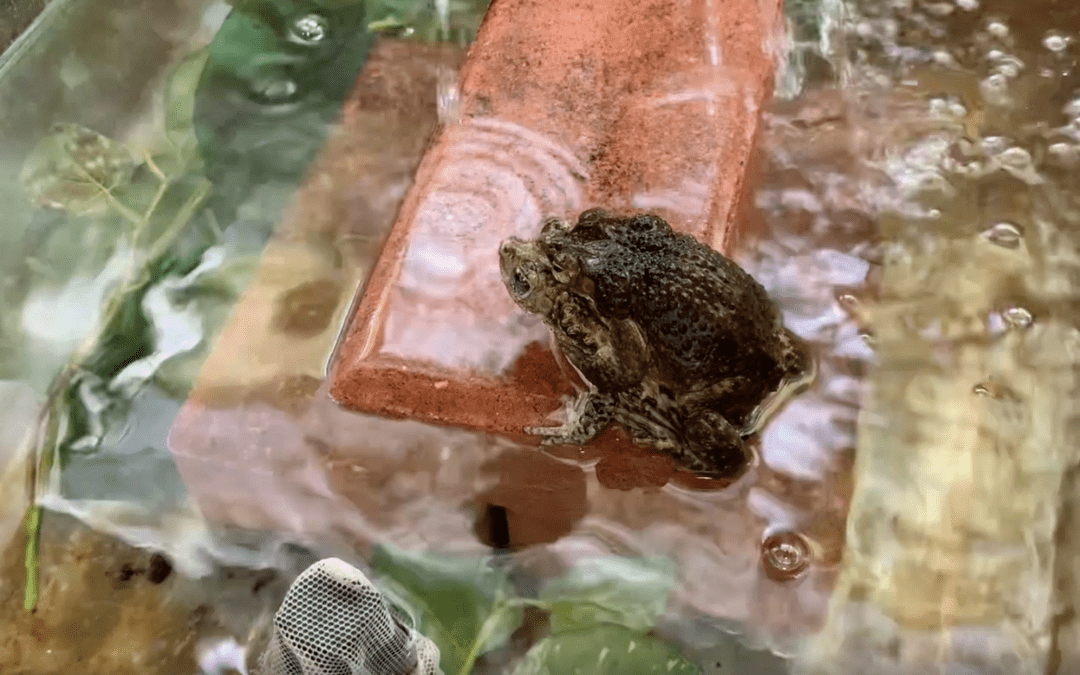 Once believed to be extinct, Puerto Rican Crested Toads have only one remaining population, fluctuating between 1,000 and 3,000 adult toads in the Guanica National Forest of southern Puerto Rico. Conservation of this endangered species and so many others help to save wildlife and promote biodiversity across the globe. Preserving natural ecosystems and their native inhabitants assist in maintaining a critical ecological balance that protects sources of medications keeping crops healthy and boosting the economy. The effects are far-reaching.

“Saving Puerto Rican Crested Toads is one of almost 20 research and conservation programs San Antonio Zoo has partnered with to create a global community that loves, engages with, acts for, and protects animals and the places where they live,” said Tim Morrow, President & CEO of San Antonio Zoo. “We’re honored to be a part of this initiative. It’s a great testament to this community’s dedication to wildlife protection as well as the depth of our abilities.”

San Antonio Zoo began breeding Puerto Rican Crested Toads in 2010 as part of The Puerto Rican Crested Toad Conservancy (PRCTC) with the Association of Zoos and Aquariums (AZA). The PRCTC conducts island-wide education outreach, protection, and restoration of existing habitats, new ponds to support six self-sustaining metapopulations, and now re-introducing tadpoles back into their native Puerto Rican environment with San Antonio Zoo. Since 2010, San Antonio Zoo has released 16,308 tadpoles back into their native Puerto Rican habitat. In working with zoos across the globe, conservationists aim to attain enough genetic diversity to promote a population that will last for at least one hundred years. This is critical as U.S. Fish and Wildlife deems the toad’s biggest threats to be habitat loss and introduced species.

“We are so proud to be part of the successful recovery of the critically endangered Puerto Rican Crested Toad,” said Alan Kardon, Vice President, Animal Care & Horticulture for San Antonio Zoo. “The Puerto Rican Crested Toad is a particularly intriguing species and one that has been challenging to track in the wild due to their nocturnal nature and limited numbers. Their most notable feature is a long, upturned snout with a crest above the eyes.”

Efforts like these are why the Association of Zoos and Aquariums (AZA), Zoological Association of America (ZAA), and American Humane continue to accredit and certify San Antonio Zoo for dedication to responsible wildlife management, conservation, and education. In 2021, the ZAA awarded San Antonio Zoo’s aquarium team with the prestigious Zoological Association of America’s Ex Situ Conservation award for their work with five endangered, critically endangered, and extinct in the wild species of Mexican freshwater fish: the Minckley’s Cichlid (Endangered), Tequila Splitfin (Endangered), San Marcos Redtail Splitfin (Critically Endangered), La Palma Pupfish (Extinct in the Wild), and Charco Palma Pupfish (Extinct in the Wild).

More information about San Antonio Zoo’s conservation efforts as well as hours, tickets, and upcoming events can be found at www.sazoo.org.

San Antonio Zoological Society was established in 1929 and is a nonprofit organization committed to securing a future for wildlife. The society operates San Antonio Zoo, Will Smith Zoo School, Edutainment, Center for Conservation and Research at San Antonio Zoo, and Kiddie Park.

San Antonio Zoo®, operating since 1914, is a nonprofit zoological facility committed to securing a future for wildlife. Through its passion and expertise in animal care,conservation, and education, the zoo’s mission is to inspire its community to love, engage with, act for and protect animals and the places they live. The zoo welcomes more than a million visitors each year and is open year-round. San Antonio Zoo operates the largest nature-based preschool in the country, Will Smith Zoo School, the Center for Conservation and Research, and Kiddie Park. San Antonio Zoo is accredited by the Association of Zoos and Aquariums, the Zoological Association of America, and Humane Certified by American Humane.